Course website: I blogged with a Zombie! / Poster PDF

Two of your classmates graciously consented to allow me to post their library assignments here on the course website. Both of these assignments received an “A”. 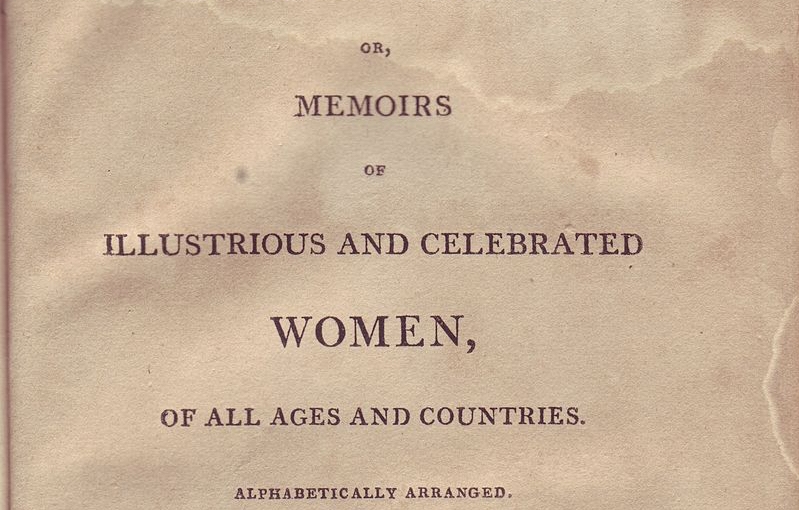 a wonderful example of the sorts of projects one can do with — well, with almost anything, but in this case, with “rediscovered” early women writers: Mary Hays: Life, Writings, and Correspondence. The so-called digital humanities are a perfect fit for the sorts of data-intensive work that needs to be done with so many writers and texts. There are projects out there related to individual writers, as well as broader, more encompassing projects like Project Continua, a project that began with Mary Hay’s Female Biography, or, Memoirs of Illustrious and Celebrated Women (1803), a six-volume biography of exemplary women, and has expanded from there.

Attend a Lorenzo Society Reading this term, write a paragraph review within two weeks, and receive a bonus mark.

Admission is free and everyone is welcome.  Coffee, tea and sweets will be served.

Set against the seductive world of 1960’s Rio de Janeiro, All Is Beauty Now is an exquisite debut novel about family secrets, divided loyalties, and the lengths we’ll go to save ourselves and those we love.  In Brazil, 1962, a young woman walks into the waters off a crowded beach and vanishes. A year later, her family – the once-golden family of their privileged little community – prepares to leave behind the seeming paradise of Brazil in the wake of their eldest daughter’s presumed drowning. As they attend a series of goodbye parties and count down the days to their departure, we are taken into the heart of a family whose many charms belie more troubling truths.

There is the family’s charismatic father, whose emotional extremes are becoming increasingly disturbing; his long-suffering wife, who made a mistake that has shattering consequences for the family she meant to protect; and their two remaining daughters, both on the precipice of joining the adult world with all its secrets and lies. Then there is the lost daughter herself, a woman undone by her attempts to grasp at happiness.

With settings ranging from the opulence of the legendary Copacabana Club to the poverty of Rio’s fishing villages, this sensual and beautifully written novel reveals the soul of a family living in the shadow of tragedy, one poised on the brink of a new life, if only they could make peace with the past.

All Is Beauty Now is the Winner of the 2018 Margaret and John Savage First Book Award – Fiction.

Sarah Faber received an MA in Creative Writing and English Literature from Concordia University. Her writing has appeared in Matrix and Brick.

The Lorenzo Reading Series acknowledges the support of the League of Canadian Poets, UNB Saint John, UNB Saint John Bookstore, Canada Council for the Arts and its private reading sponsors.  For more information contact Andrea Kikuchi at (506) 648-5782 or email lorenzo@unb.ca

“One Year of #MeToo: “He Said, She Said” Is a Literary Problem, Too,” Katy Waldman, The New Yorker, October 10, 2018. This is part of a strong series of articles in the New Yorker, and a pertinent read for this course, in particular.

After our discussion about the education of women in the Renaissance, you might be interested in this interview on Australian television from 1961, in which two married women are interviewed on the question of whether or not education is wasted on married women. One says yes, one says no.

Okay you lot. I have settled in to an evening of blog reading and am enjoying it immensely. Most of you have gotten right into the swing of it. (If you feel that this last does not rightfully apply to you, well, make sure that it does soon!)

Re. comments: WordPerfect’s default setting requires the blogger (you) to moderate any comments (i.e. to actively okay them before they will show up on your blog). In most cases you only need to do this with the first comment from a given reader. On your dashboard, go to Settings and then Discussion.

Re. commenting: Don’t forget to read and comment on the blog posts of your class-mates. Reading through many posts at once, as I am now, I can see a number of interesting echoes and connections between you. In order to make it easier to pop over to others’ blogs, you can add links in a sidebar or footer; go to Customize.

Don’t hesitate to throw out any technical questions, either here or on your own blogs.

Don’t forget that at least one consultation with Phil Tabor is essential for this assignment.

The schedule has been updated to include links to online versions of the poems we will be discussing. Other editions are acceptable, either online or in print.